(Spring 2021)
I am drawing/writing a graphic novel called World’s End Detective Agency. It’s about a bear named Avery who opens her own detective agency in the forest village of World’s End. Can this newbie detective figure out why a missing bag might save or destroy an entire town? 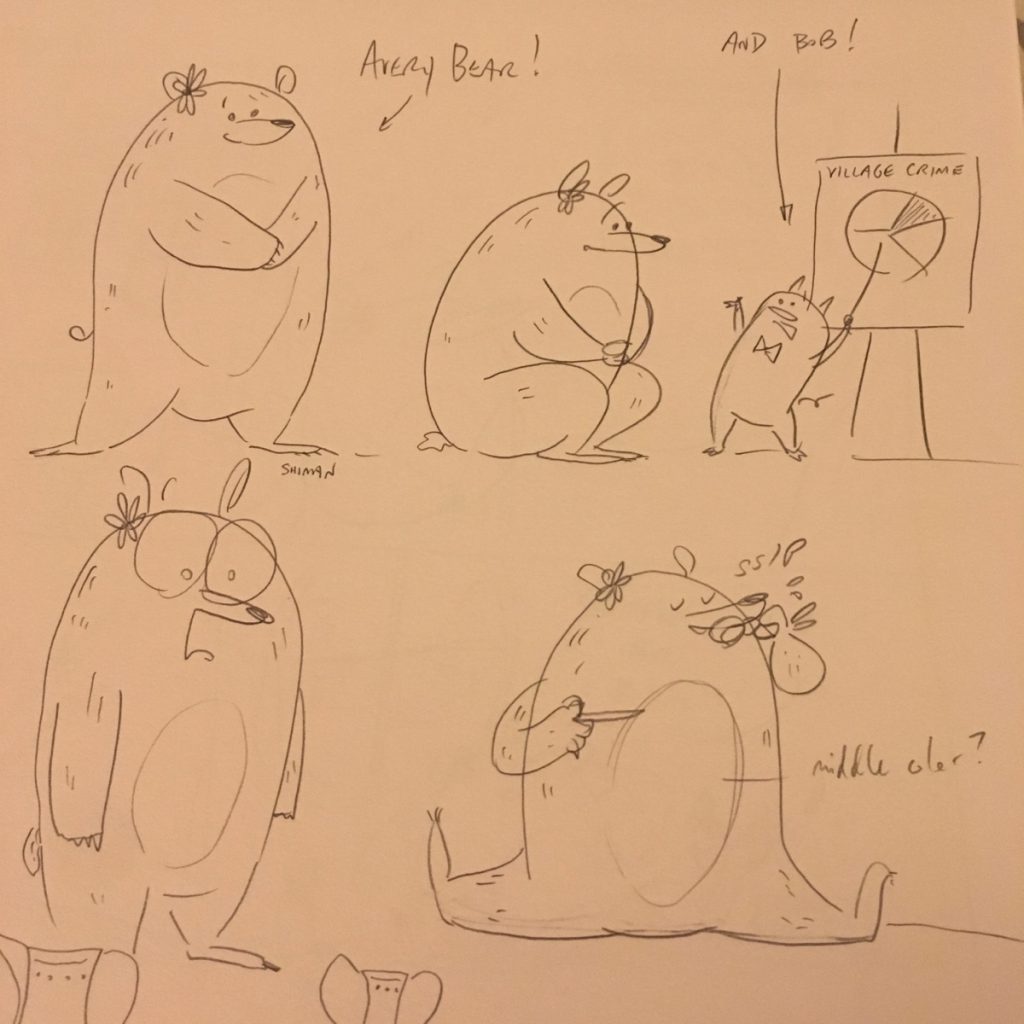 In September 2020, I took an excellent writing workshop called “Write Anyway” with teacher Janelle Hanchett. As I worked through the class exercises, the World’s End idea came to me. I share details about the process and fun backstory/characters stuff over on my Patreon page.

(Spring 2020)
I’m on creative sabbatical! I track and discuss creative adventures in these “interesting times” at my Patreon space. Hope you join me there!

(October 2019)
I’m hard at work on the second, viewer-funded season of 30-Second Bunnies Theatre…This time teaming up with Primetimer to roll out some new and DIFFERENT bunny TELEVISION re-enactments!…JOIN US as a patron to get access to exclusive previews and extra content! So far, I’ve bunnified the Red Wedding episode of GoT; the introduction of Stranger Things, and most recently, the first episode of The Walking Dead. Just in time for Bun-O-Ween!

(Winter 2017-2018) Lots of stuff afoot!
Mainly, a NEW BUNNY SEASON is underway! I am attempting to fund this season through independent contributions from patrons such as yourselves and could sure use your support! Also, I am creating and unearthing lots of side tidbits in the process. Come on by!

After a year of hard work, I finished that animated excerpt from a previous Ombudsman story line, The Inventor (the first installment of which starts here.)